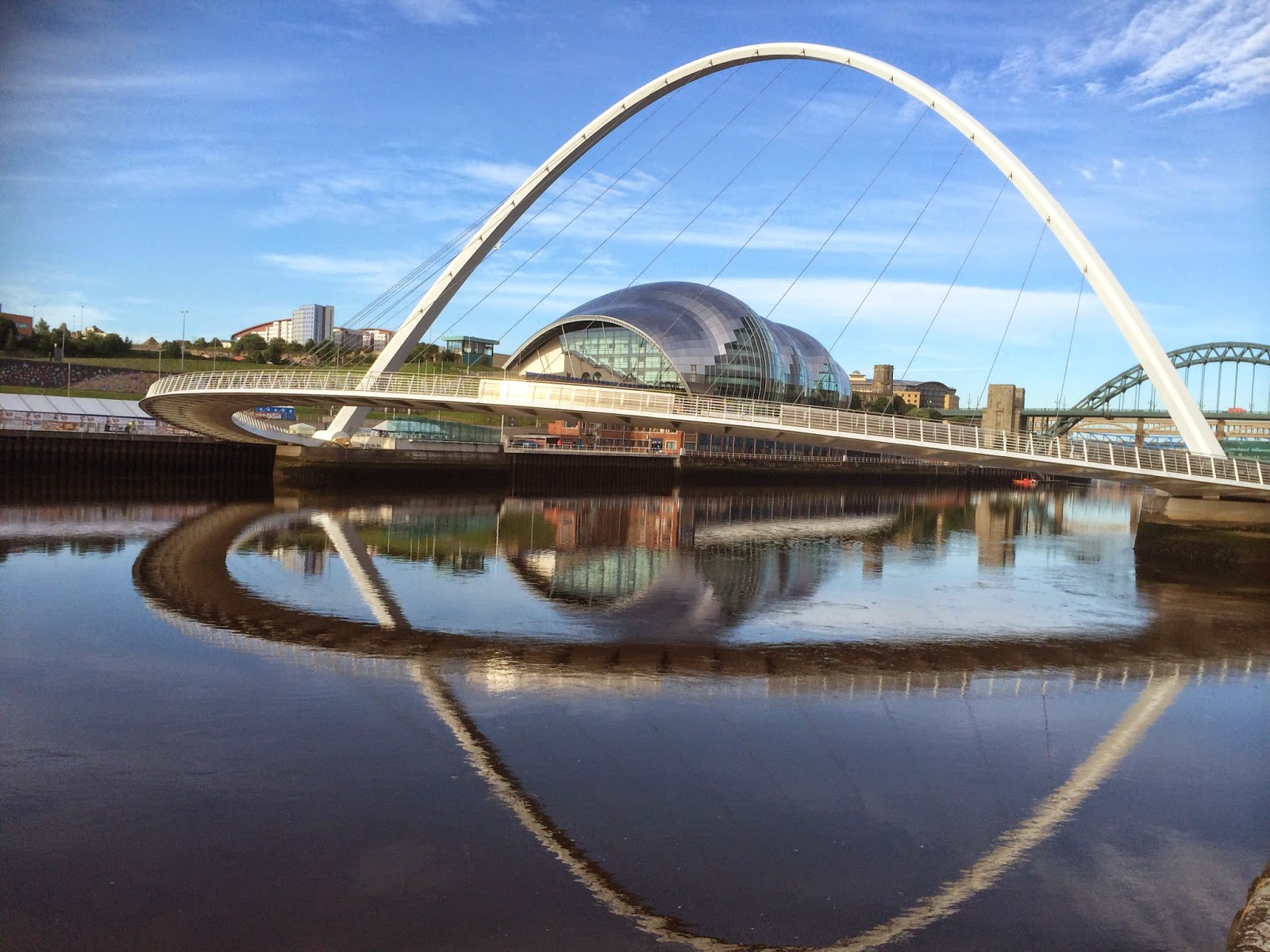 Last month I had a chance to visit Newscastle on a two-day work trip. For you Americans who still follow this blog, “Geordie” is a reference for people from the Tyneside metropolitan area of Northeast England. They have a distinct regional accent and a proud heritage, best known for Newcastle Brown Ale, Cheryl Cole, and the Great North Run. 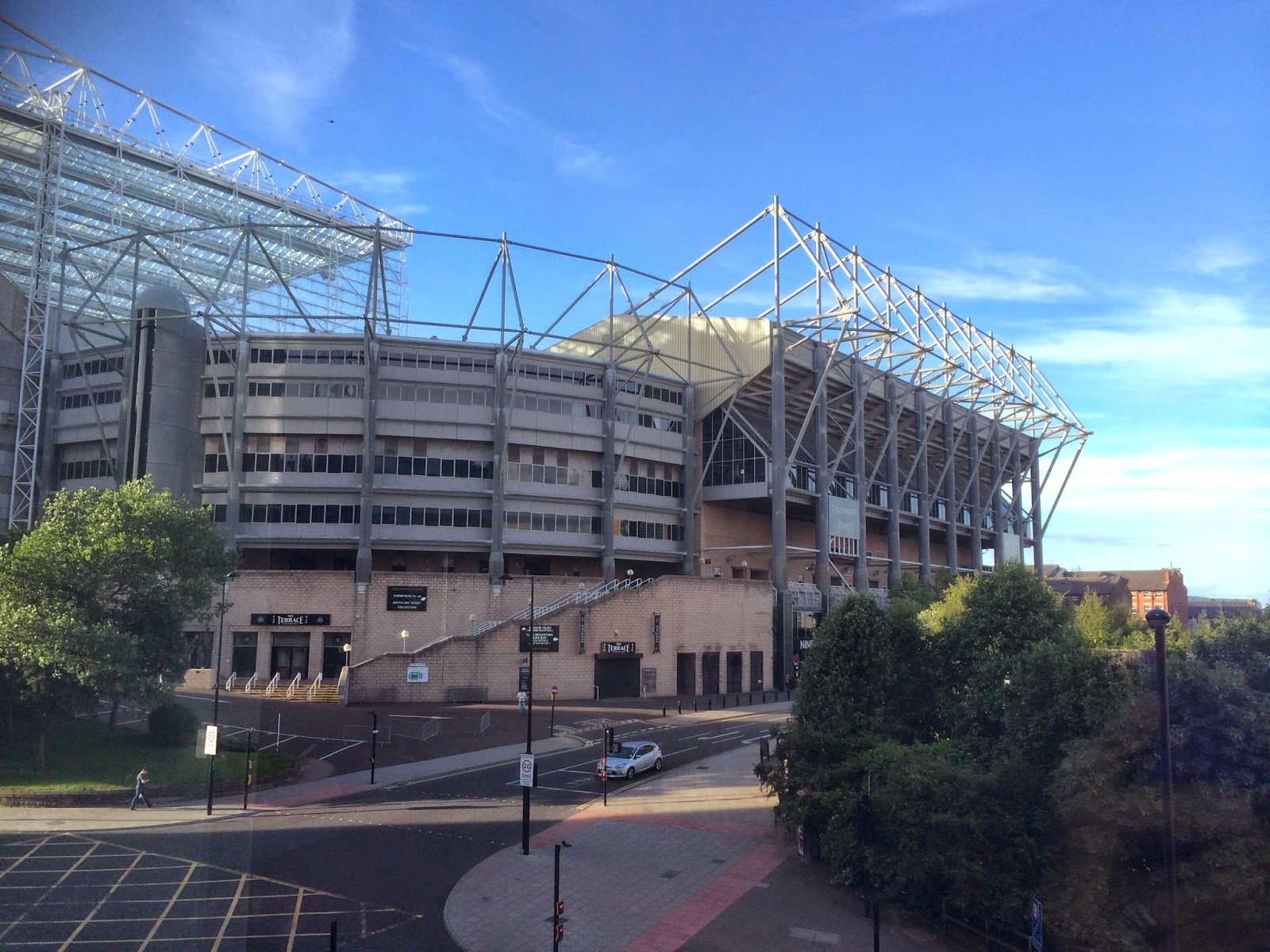 We arrived in the early evening with the sunshine greeting. My colleagues and I made our way to the stylish Sandman Hotel, just opposite of the iconic St. James Park, home of Newcastle Football Club. As a nod to its famous neighbour, the hotel was decorated with old historic photos of the stadium as well as Newcastle, blending the historic and modern in a chic fashion. Being such a glorious evening, we met our gracious hosts who took us on an architectural tour of the city centre and along the Quayside for view of The Sage Music Centre, and finally to the spectacular Milleninum Bridge, a pedestrian path connecting Newcastle and Gateshead. On the tour, we learned that the Kittiwakes, a protected bird, is pretty much free to nest anywhere in Newcastle City Centre. They are everywhere! 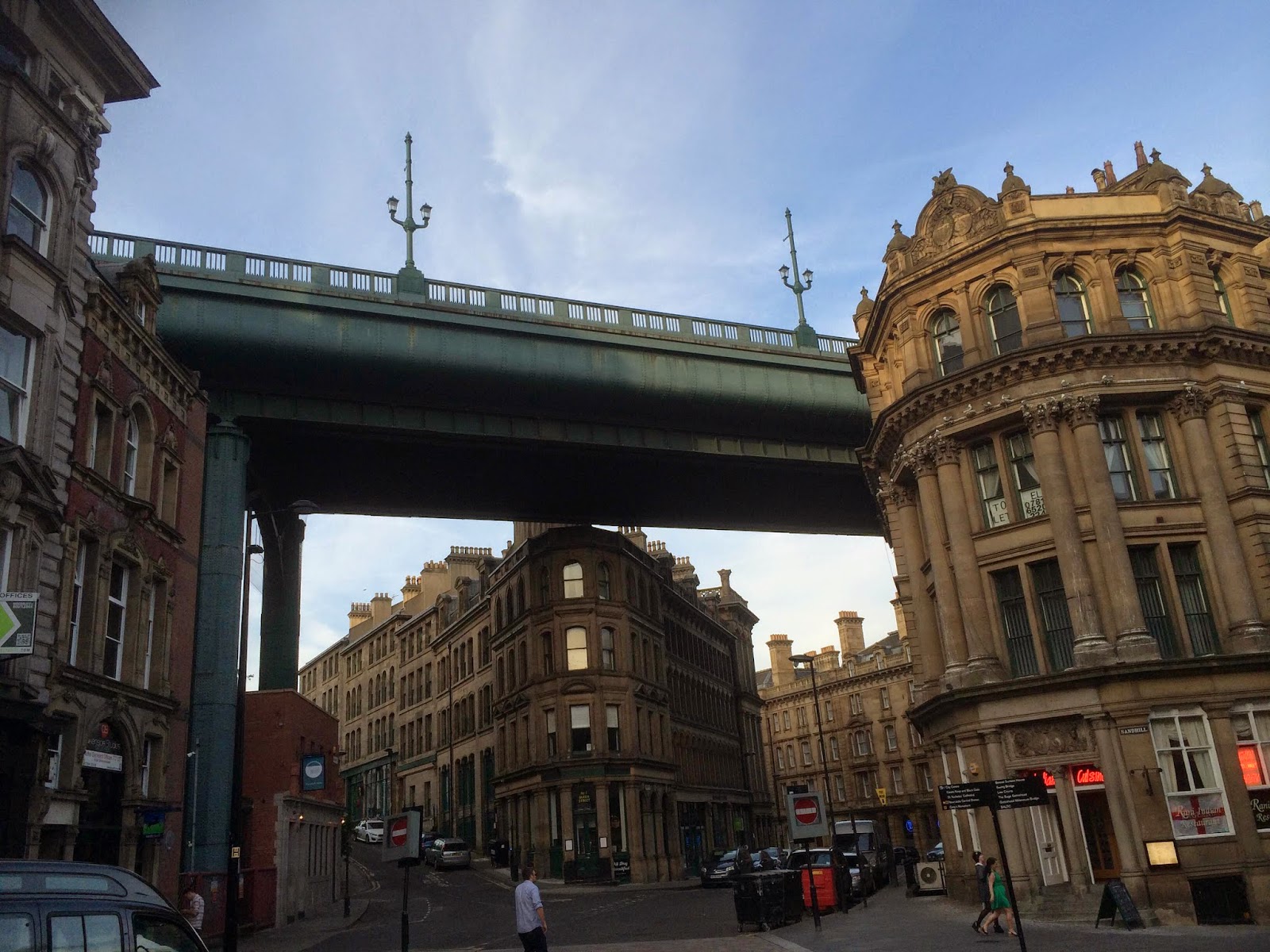 On final destination was the BALTIC Centre for Contemporary Arts, previously a flour mill and now a modern art museum with fine views over the Tyne River. We had an enjoyable meal at Six Rooftop Restaurant where the food are locally sourced from the North Sea and the surrounding areas, and the beer menu consisted of only local microbrew. It was a great evening and good conversations on cities, urban innovation, electric vehicles, World Cup, and Tour de France. 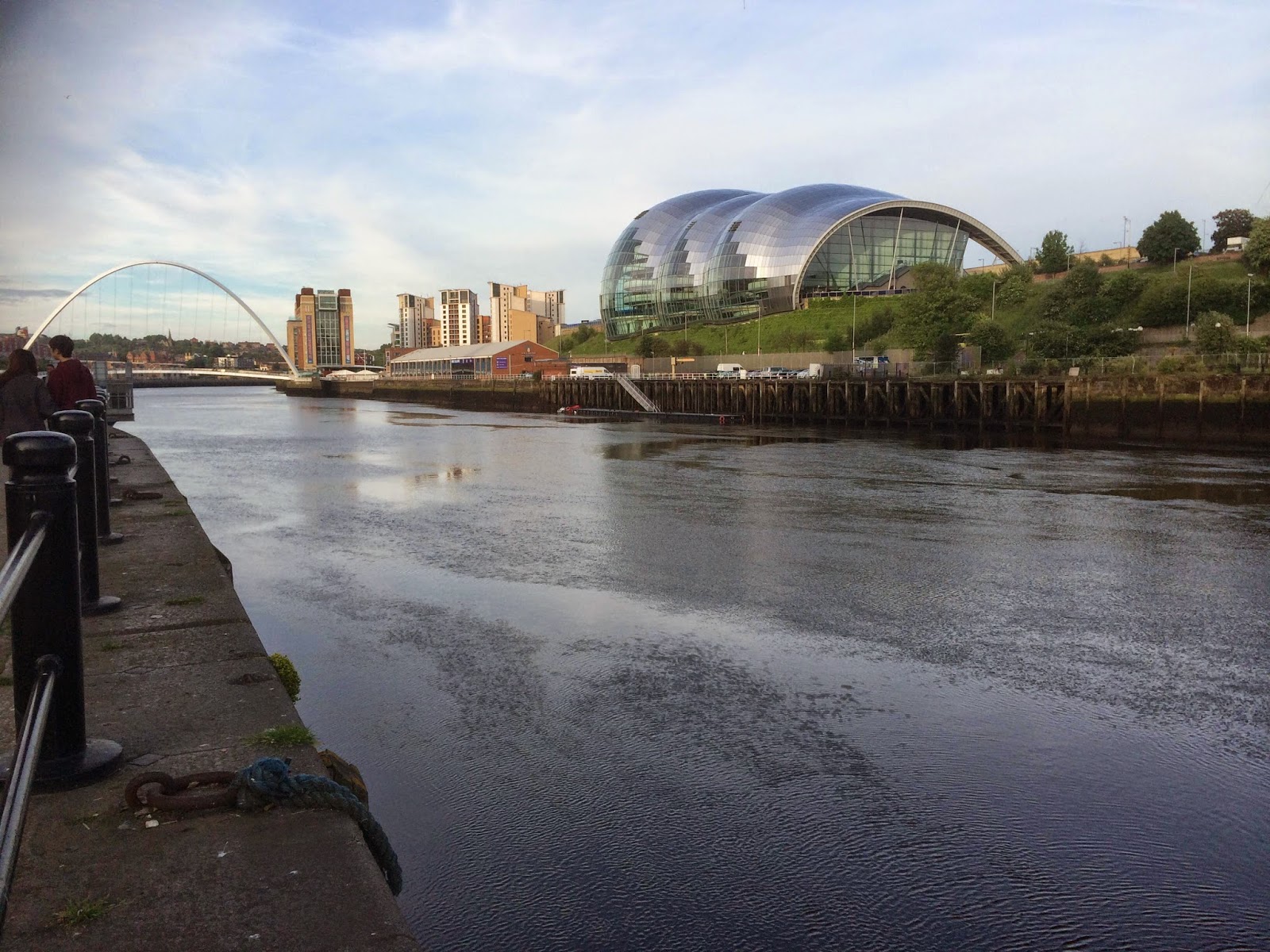 Being so far north I didn’t expect the sun to rise so early at 4am – blackout shades was something they did not have at the hotel. But as I am training for a half marathon in September (yes, after a seven year hiatus from running) and it was a beautiful morning, I decided to go for a 4 mile run along the Quay. Then it was a long day of meetings, meetings, and more meetings. 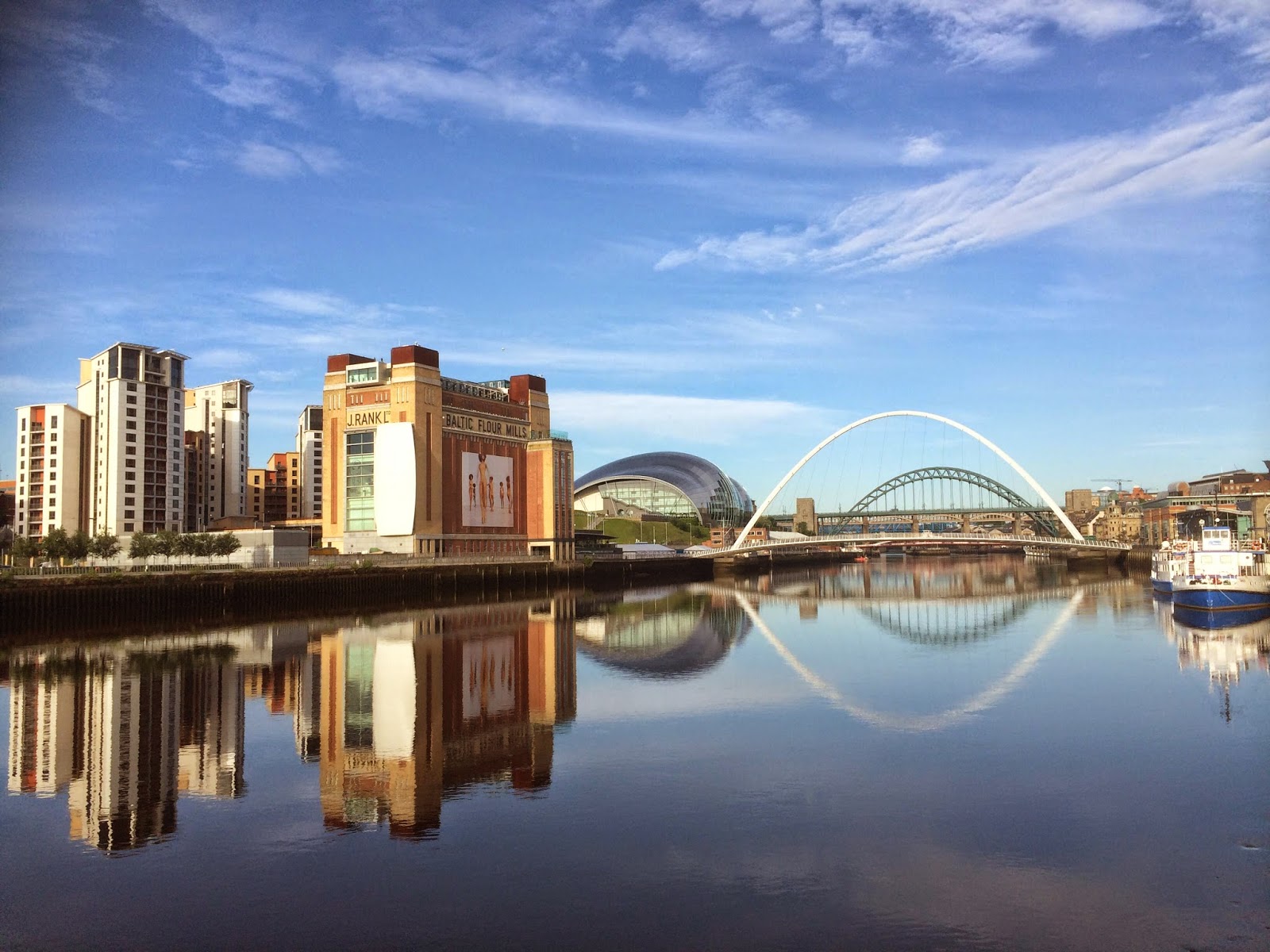 It was then on to the Free Trade Inn, a beloved historic pub along the river with an impressive list of local craft ales.  Our final evening was spent at the Blackfair, another historic Newcastle landmark founded in 1239 by Dominican Monks. 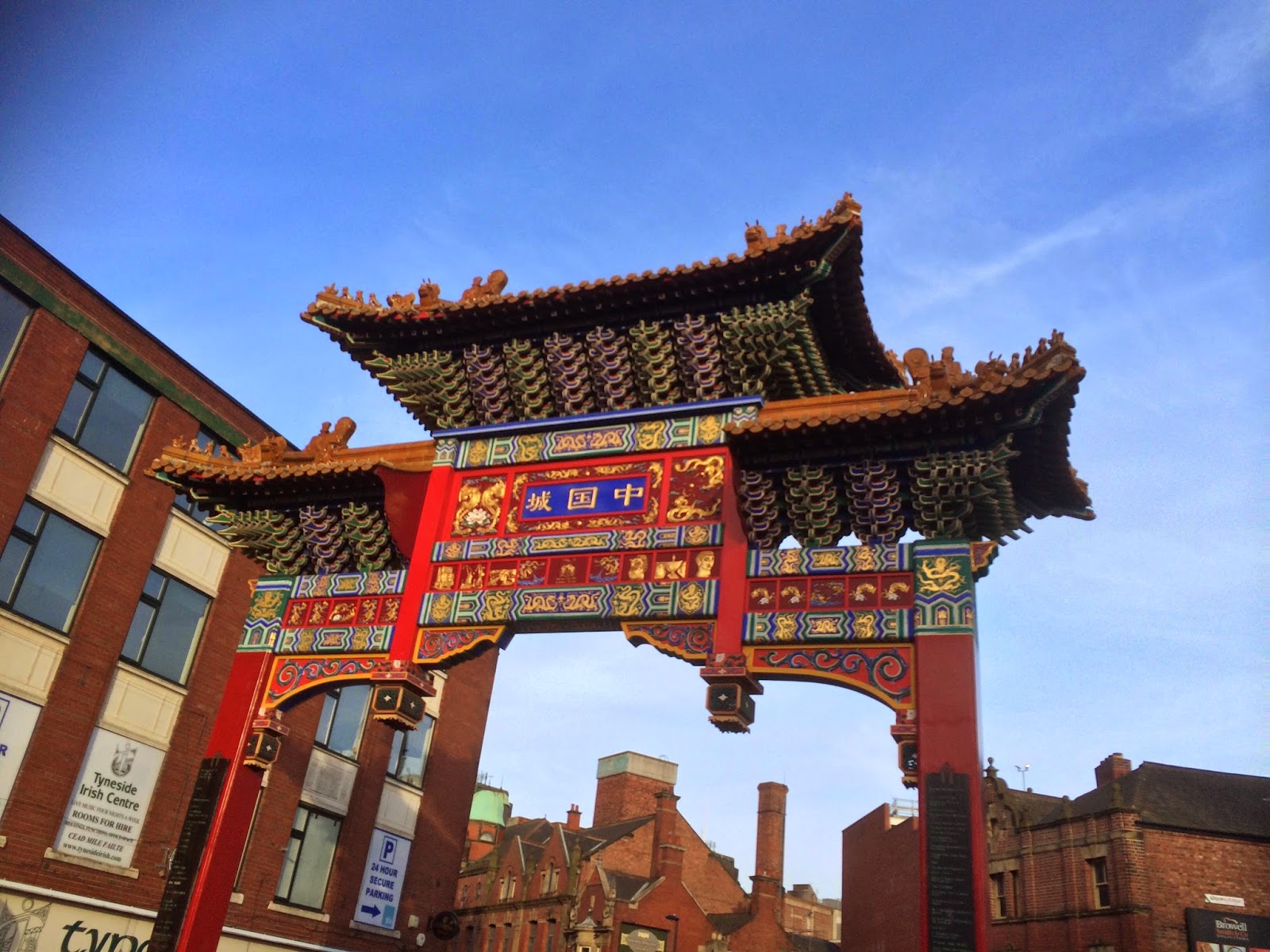 It is true what they say about Northernerss, they are truly a friendly lot. I enjoyed my brief stay up north and next time I’ll be sure visit Northumberland National Park and that impressive Durham Cathedral. Until next time.

Lily and Keenan
San Francisco-based couple moves to London and having a "brilliant" time.